1912- Calvert County’s first library opens, but it is not public. The small library, which is located adjacent to the Court House, receives no public funds. It holds Judge Duke’s own collection of books.

1952- Mrs. Hilmer C. Nelson, president of Calvert County Council of Parents and Teachers, and other citizens want to establish a public library in Calvert County. They consult with Miss Helen V. Clark, director of the Division of Library Extension, State Department of Education, to discuss plans for a Calvert County library. It is recommended that a bookmobile, rather than a whole library system with a central library, would be the best option for Calvert County, whose population is only 12,000.This bookmobile could be borrowed from the St. Mary’s County library system.

The Board of County Commissioners reviews the plan and decides the county can not afford the bookmobile. The first effort to get Calvert County a public library fails.

1956- The Library Services Act is passed by Congress, which provides incentive funds for establishing a rural library service. There is a good possibility Calvert County will get a public library.

1958- It is decided that Calvert Public Library will become the third member of a newly formed cooperative library system along with Charles and St. Mary’s counties. This cooperative is necessary for the counties to meet the requirements of the Maryland State Library Law and receive state aid.

1959- The Southern Maryland Regional Library Association (SMRLA) is created. It includes Calvert, St. Mary’s, and Charles counties. Dee Holmes is the librarian for all three counties. Judge Duke’s library building is also donated to be used for the new public library.

Calvert County Library opens on Main Street in Prince Frederick. Mrs. Mildred Hairston is Calvert County’s own librarian. The library is open every Friday from 1-9 P.M. The Bookmobile is also an important part of the library. It is used four days a week, providing service to both the northern and southern ends of the county.

1961- The library is growing and needs more space. Grace and Shemwell Parran donate land along Fourth Street (current day Duke Street) to the county, for library use. The library is lifted onto a flat bed truck and moved to a newly built basement on Fourth Street.

1964- The library adds a new wing, tripling its space.

1973- The library continues to grow, and even more space is needed. A new wing is built on to the library. Separate Reference, Fiction, Non-fiction, and Children’s Departments are set up in the building.

1973- With increased space, the Reference Department expands its collection. The magazine collection grows, and “How-to” books are very popular. The library adds a microfiche reader and microfiche plates showing the holdings of every large library in the state. It is now easy for customers to use the interlibrary loan, and borrow books from libraries outside of Calvert County. The Children’s Department takes on its character and gets miniature chairs, tables, and short bookcases.

1976- Ben Williams, a local high school teacher, works with the Library to offer “Saturday Night Sing Outs,” a series where local music talent performs. This event draws so many crowds to the library that the furniture in the room has to be removed to make room for everyone. At several performances, the library staff has to shoo crowds out past midnight.

1980- The INFO line is added, and customers can call the library with their reference questions.Responses are given within 24 hours.

1981- There is a need for an additional library in the northern end of the county because the bookmobile comes only every two weeks, and circulation is great.

1981- The Fairview Library opens in the old Fairview Elementary School, which was renovated to hold the Sheriff/State Police substation and the Chamber of Commerce/Tourism Office.

1988- Due to large circulation in the southern end of the county, the Southern Branch opens. It is located in the Southern Community Center.

1991- Twin Beaches celebrates its 10th Anniversary. It is growing out of its space. The Branch closes and moves to Captain’s Quarters in Chesapeake Beach where it has a meeting room for story times.

1992- COSMOS (Collections of Southern Maryland On-line System), the computerized version of the card catalog goes in use. Books are now barcoded. Delivery of interlibrary loan materials is faster.

1993- Calvert Library’s staff receives training on the internet, which is a new tool to help answer reference questions.

1994-1995- Fairview Branch closes for renovation. It reopens at double its size.

1996- Twin Beaches Library closes for renovation in September. The branch reopens in December, with the interior walls removed, and a new open design.

1996- COSMOS can now be viewed from work or home. Librarians and customers can view the holdings of the 11 Southern Maryland libraries and see if items are on the shelf or checked out. This makes delivery much quicker.

1997- COSMOS is upgraded, and customers can now request books and materials, review their library accounts for due dates, and renew items themselves.

2006- Calvert Library Prince Frederick moves to its beautiful new location. It has more computers for the public, additional shelving for more materials, a welcoming area for preschool children, a homework center for school-aged children, an area for young adults, comfortable seating, quiet study/tutoring rooms, Friends of the Library Book Sale and Gift Shop, and better meeting facilities. It is a great new home!

2011- Added new computers at Fairview. Partnered with the Public School’s Career and
Technology Academy and hosted Maryland’s Superintendent of Schools, Nancy Grasmick, for a
special event. Received an e-reader grant and began to circulate 72 e-readers, set up to appeal
to children, teens, and adults.

2013- 500 by Five, an initiative to help improve school success, rolls out county-wide. A traveling
exhibit, Lincoln, the Constitution and the Civil War, is displayed at Prince Frederick,
accompanied by a great deal of public events and lectures. Opened Interim Southern Branch in
Solomons in May 2013. Tripled the size, added more computers, added new staff, and installed
the first Imagination Station in the county. The Library Foundation raised almost $250,000 for
furniture and equipment. Patricia Hofmann, Director, retires after 28 years with Calvert Library.
Carrie Plymire, the new Director, begins work in July, 2013.

2014 – A new library computer system is installed for the tri-county. In addition to previous
functionality, Polaris allows customers to receive text messages and save reading lists and
searches. Check Out Your Community begins. Customers may receive free passes to recreation,
entertainment and experience opportunities in Calvert County.

2015- Imagination Stations are installed in Prince Frederick and Twin Beaches. Fairview is
refreshed and now uses additional space in the building for a comfortable seating area.

AND can checkout up to 5 print books from any Calvert Library location with NO FINES! 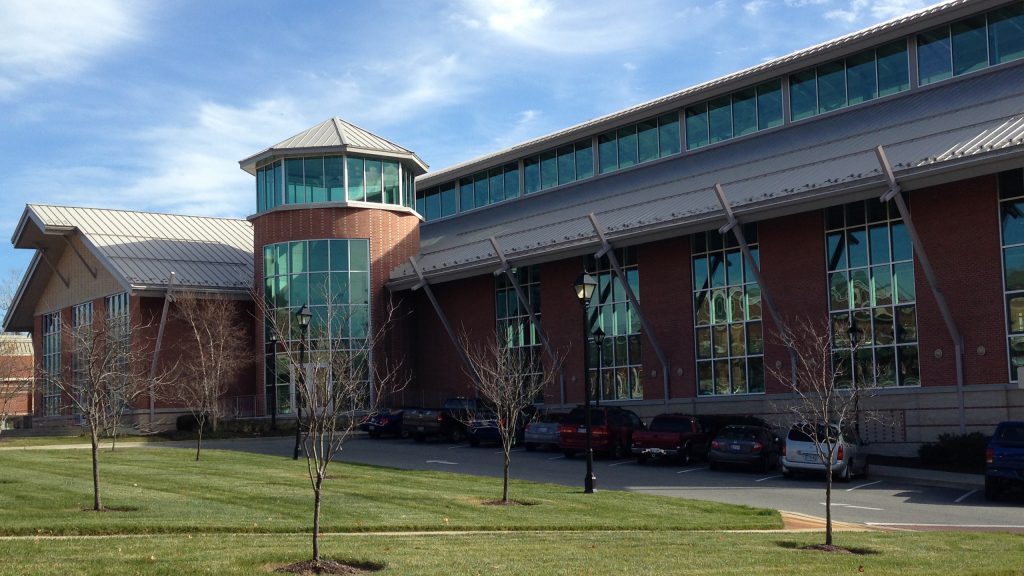